At the IMSMP, our neurologists have a combined total of over 60 years diagnosing and specializing in multiple sclerosis.

The IMSMP is the only clinical practice located steps down the hall from the largest MS research laboratory. 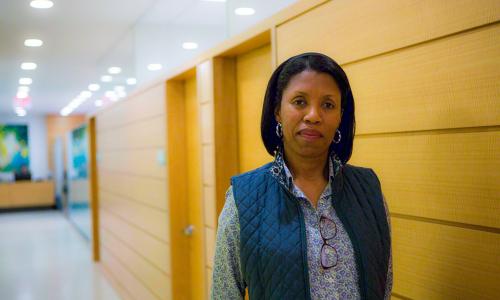 Relapsing Remitting MS
Relapsing-remitting multiple sclerosis (RRMS) is the most common type of MS and is characterized by episodes of inflammation of the central nervous... more 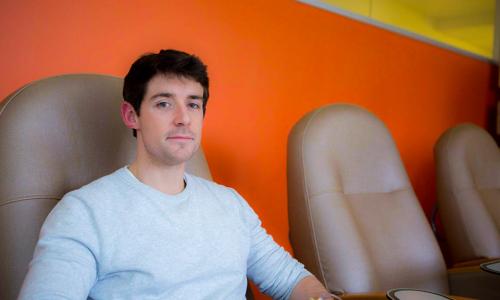 Secondary Progressive MS
Patients with RRMS who are untreated or ineffectively treated can go on to develop secondary progressive multiple sclerosis (SPMS) after many years.... more 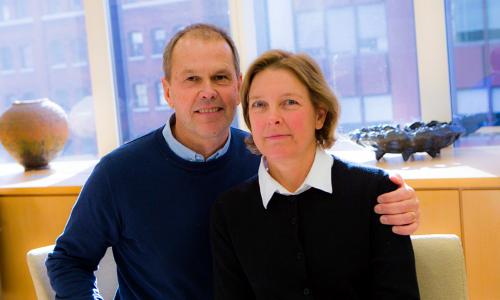 You Deserve the Best Multiple Sclerosis Center in the World

Each neurologist at the IMSMP specializes in MS.  Our approach is to bring clarity and vision through a tailor-made management plan, addressing every aspect of a patient’s life.

Dr. Sadiq became our beacon of hope. Yes, these all seem like corny analogies but they are understatements in terms of the type of doctor he is. He understands the importance of his tone and the delivery of his message. He understands that we aren't just another case file. He understands that every word he says will be analyzed to death when we leave our appointment. My husband and I can vividly recall being in his office and bringing up the fact that he had awards lining his walls naming him as the best doctor by more organizations than we could name. Dr. Sadiq explained that those awards, while he was honored to have earned them, allowed him to have a large ego if he chose to, but he was only the best doctor if his patients felt that way and if he could help improve their lives, and possibly cure this disease.”

from the Huffington Post: A Good Doctor Knows the Power of a Compassionate Diagnosis

Dr. Sadiq was upbeat and positive, a happy warrior. As we continued to talk about his work and my experience with MS, I felt for the first time in forty years that I was with a neurologist who did not see me as just faulty wiring in a body deadened to sensation. . . I looked at Sadiq and asked, do you ever go home? ‘Every so often,’ he replied without looking up. ‘Usually I work six or seven days a week. We have a mission here. This is my life’s work.’”

from Chasing Hope A Patient’s Deep Dive into Stem Cells, Faith and the Future

The name Dr. Saud Sadiq kept popping up. Year in and year out, he topped New York Magazine’s ‘Best Doctors’ lists. He was frequently described as one of the country’s premier and progressive MS experts. He seemed like exactly the neurologist I should talk to. . . If there’s such a thing as falling in love with a doctor, we did it with Dr. Sadiq . . . Somehow, this time, with this doctor on this day, I felt okay. I was almost resigned to the illness, even curiously upbeat about my prospects for tackling it. Dr. Sadiq had a lot to do with that. His positive, encouraging manner, progressive approach to MS, and willingness to combat and forestall any new attack, all made a big difference.”

from More Than Money: True Stories of People Who Learned Life’s Ultimate Lesson

Dr. Sadiq is the only doctor in the US who is FDA Approved to treat MS patients with stem cells. . . I came right out and admitted that I was afraid my dad would either completely resist the treatment or become so difficult that the doctor would eventually refuse to treat him. Dr. Sadiq – a man so determined and dedicated to his work that he often sleeps in his office – jokingly explained, ‘Oh, no, I am treating him whether he likes it or not. He can punch me in the face and call me names, and I will not let him get out of this.”

from The Girl with the Lower Back Tattoo

Through the years, Dr. Sadiq and I have developed quite a strong bond, and I know from experience that he can be found hard at work in his clinic and laboratory nearly round the clock, very often at least six days a week. I’ve spoken to Dr. Sadiq via telephone at all hours of the day and night, and have even had office visits with him on the day after Christmas. He once showed up at my bedside at 3a.m. when I was hospitalized and suffering miserably from MS related symptoms, to simply be there with me and literally hold my hand. Not your typical doctor, to be sure.”

from Wheelchair Kamikaze Blog: An Interview with Dr. Saud A. Sadiq

Previous Pause Next
1 of 5