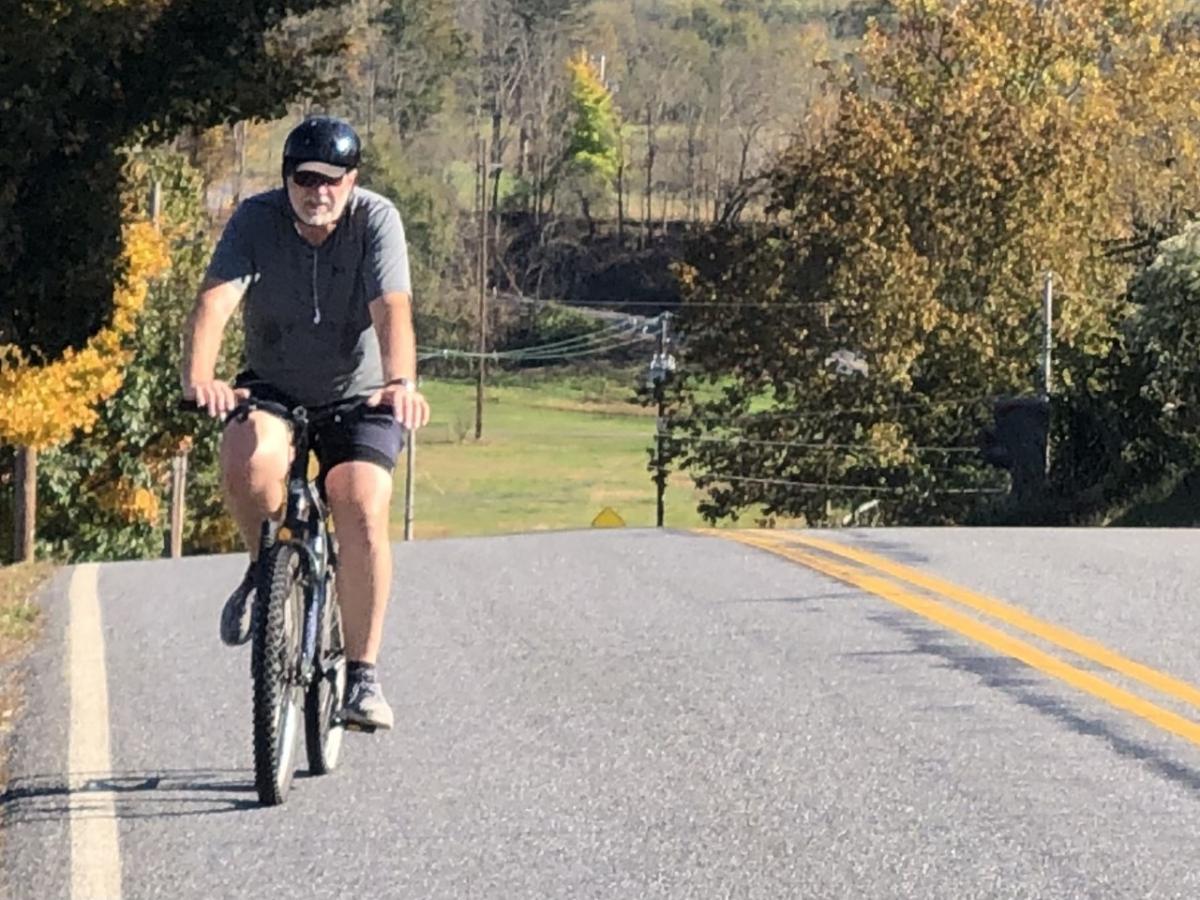 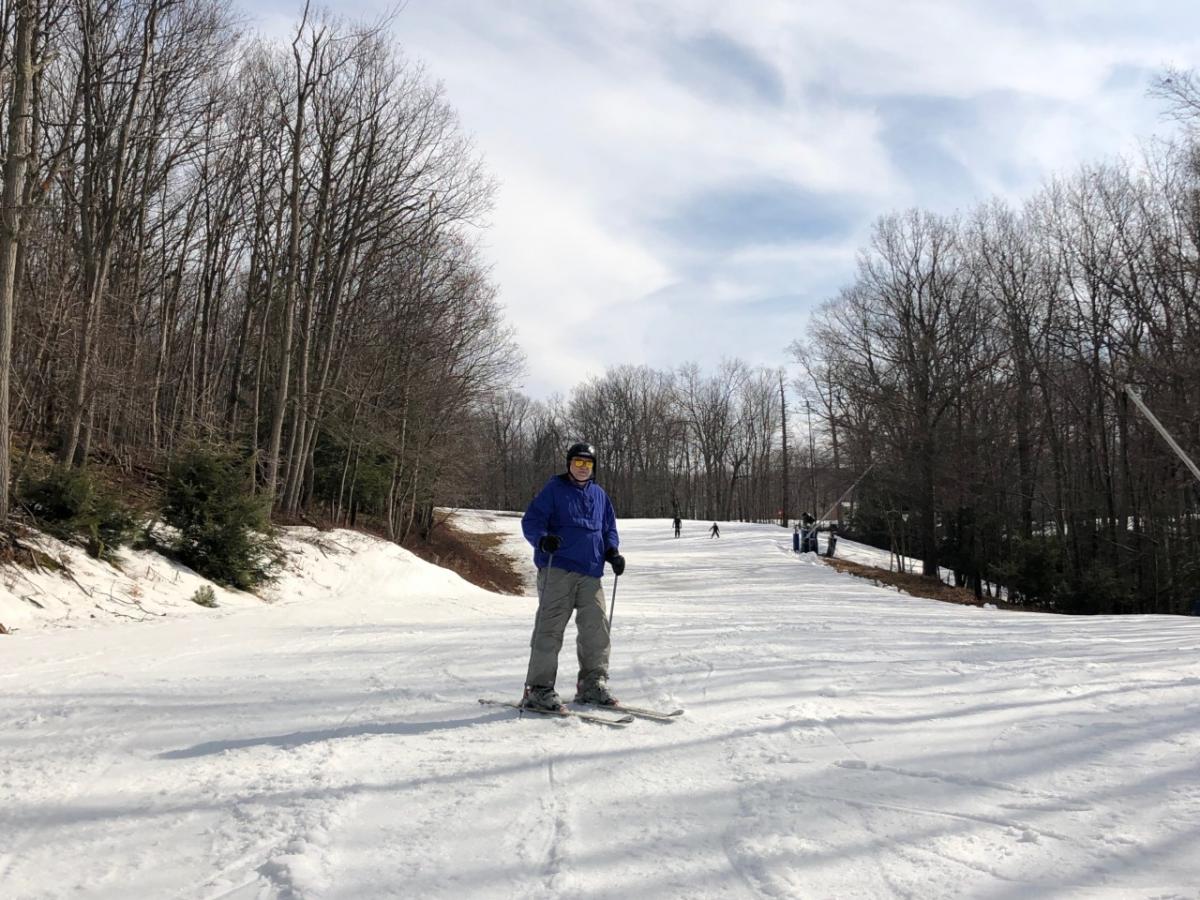 My MS journey began February 2007. I woke one morning and I struggled walking to the shower, my right foot would just drop when I picked it up to take a step. I now know that this symptom is actually called "foot drop.” I worked for a global fire alarm and security company as a sales representative. When I arrived at the office, I called my primary physician and explained the problem I was having. The next morning, during my appointment, I explained I was out skiing a few days prior and I was doing the moguls. I thought maybe I did something to my knee to cause the foot drop. As my doctor examined me, I saw the concern on his face. I've known this doctor for 15 years and by his expression, I knew there was a problem. He immediately scheduled me to see an orthopedic doctor.

The orthopedist took several x-rays and did a complete examination. He informed me that orthopedically, I was fine. He also told me I might have multiple sclerosis, and I need to see a neurologist. Wow! How I do I process this information? An MRI was scheduled and the neurologist stated the MRI showed some brain lesions. I was admitted to the hospital for three days with an IV drip of steroids (Solumedrol) and a spinal tap was done. The steroids worked and my foot went back to normal. The spinal tap results confirmed MS. After three days of steroids, I went back to work. The neurologist decided not to put me on any medication.

Within a few months, while completing a survey of a building's fire alarm, my legs went numb and I couldn't finish the survey. I called my neurologist, and he advised me to go to the emergency room. I was admitted and completed a five-day session of Solumedrol. While there, I had another MRI that showed more lesions. I started taking Copaxone and went back to work. Six months later, I had another exacerbation, this time my arms and hands were affected. The MRI showed a lesion on my spinal cord. I was back in the hospital for another five-day Solumedrol drip.

At the time of my diagnosis, I was 44 years old and a single father of two boys, Brandon (14) and Al (16). They had busy schedules with after-school activities. We would also ski a few nights a week during the winter months. In the warmer weather we would mountain bike, and do some kayaking in the bay at Long Beach Island. Al and Brandon had to deal with my diagnosis just as I did, and they handled it well. They would push me to keep moving when I felt weak. I would like to say they helped with the housework, but I'd be lying.

In 2009, I really started struggling with cognitive issues and frustrating fatigue. Projects at work were not being completed. I had no energy at all when I got home at night. My social activities became hard to manage. I had another exacerbation; the left side of my face was dropping and I began to mumble. Another round of steroids and another MRI showed active lesions. I was put on a different medicine with the hope of stopping the exacerbations. My sisters who often helped me out during these struggling times, wanted me to go out of the area and find a neurologist that specializes in MS but I just didn't think that would make a difference. Eventually, I had to stop working and this was a tough decision. I worked for the same company for 21years, starting as a repair technician and working my way up, eventually becoming a sales rep. closing some big jobs. I had a unique position working with the end-users, migrating their older equipment to new systems.

In June of 2010, I broke my right femur. I also had another exacerbation in December that same year. I was using a walker for several months. I didn’t recover completely, and still have issues with my right leg. My left femur never healed correctly. I finally listened to my sisters and made an appointment with Dr. Sadiq at the International Multiple Sclerosis Management Practice (IMSMP). Two of my sisters accompanied me to my appointment. They were both amazed at the attention we were given both by Dr. Sadiq and the supporting staff at the facility.

I was walking with a cane, frustrated and depressed. Dr. Sadiq spent time talking with us. We discussed different medications. He recommended an infusion once a month. I was worried about the side effects. He assured me he would watch for any issues that may arise. I was seeing him twice a year. I have had appointments with Dr. Bates, Dr. Stark, Dr. Kanter and the Social Work Department. The knowledge these people have is second to none.

In 2014, it had been 8 years since an exacerbation but my femur had not healed correctly. Dr. Sadiq referred me to an orthopedic surgeon at the Hospital for Special Surgery (HSS) who suggested I see a specialist in rebuilding bones for trauma patients. I had two operations. The first was in 2014, the second in 2015. I now walk around with a plate in my left leg. December 2016 was the first time I put skis on since 2010. I really struggled to get down the runs, but I'm doing it and it makes me feel good. I got out biking again, but my balance was not very good. My boys, as I stated before would push me when I was feeling weak or getting frustrated with my balance issues. I fell a lot, not only on the bike and skis but just walking. When people ask "how are you" I use a little phrase: “I mumble, I fumble, stumble, and occasionally I take a tumble, but I'm doing well, thanks.”

I began seeing Dr. Kanter for my balance issues. I told him I don't really walk much because I fall a lot, but I ride my bike several miles and I started practicing yoga. He put me on a routine I can do at home and advised me to start walking because biking, though good for you, won't help with your balance. This past summer was probably the best one I had physically since before I was diagnosed, I'm walking with my buddies several times a week, I'm kayaking again, I am even fishing out of my kayak. I'm back on the slopes- skiing is still very hard for me. I went from an advanced skier to barely intermediate, but I'm getting back on the mountain and improving. I can now say, with confidence, “I have MS, MS doesn't have me.” I truly believe this, thanks to the people at IMSMP.