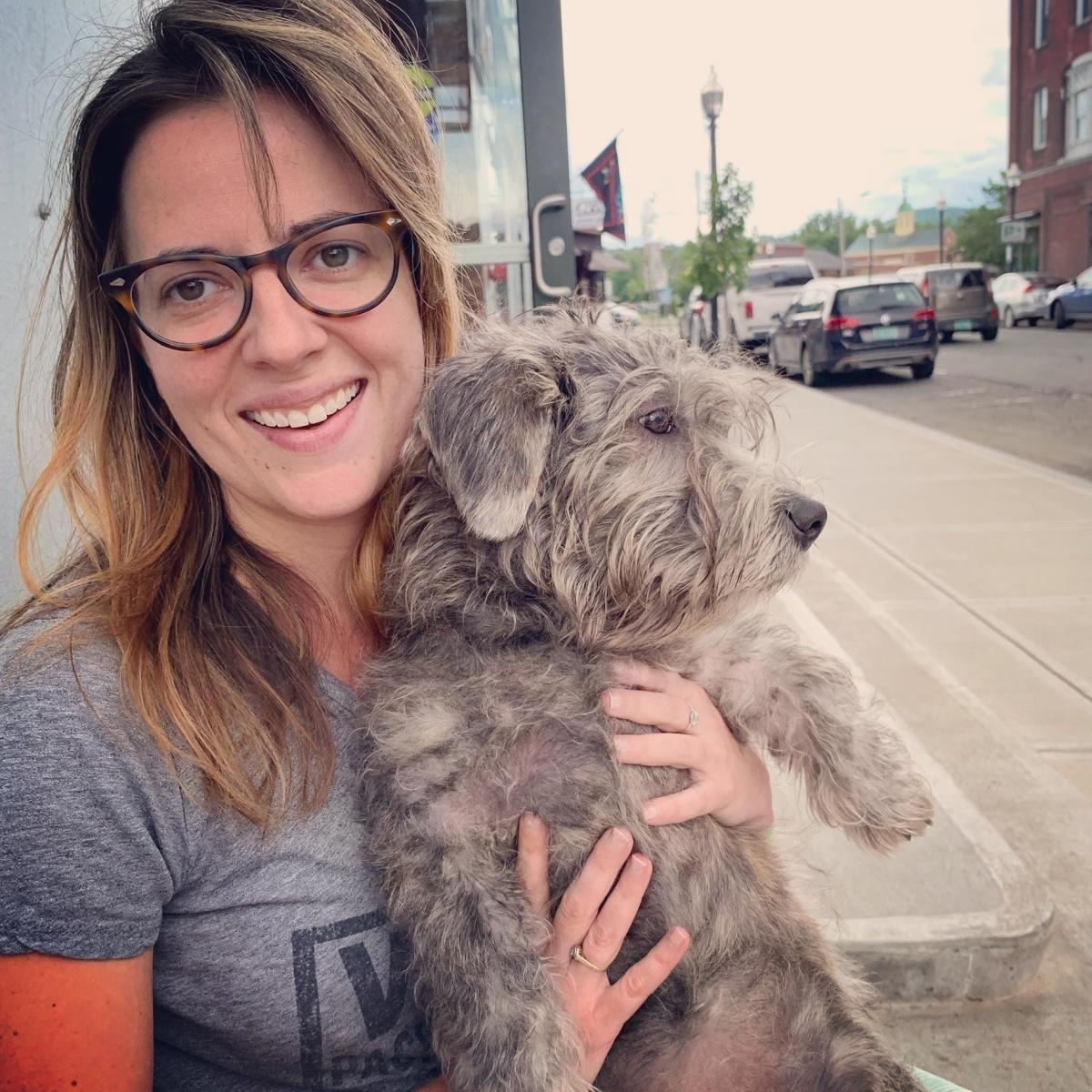 I sat on an exam table, staring at my thigh, wondering how I would ever muster the courage to give myself an injection. A nurse had been showing me how to practice using a squishy ball.

“Do you have someone who can help you? A boyfriend maybe?” she asked.

I didn’t have the heart to tell her that giving myself a shot was probably going to be a lot easier than dating with multiple sclerosis in New York City.

At the time I was diagnosed with relapse-remitting MS, I was 26 years old, and I had just moved to New York City from Ohio to start a new job as a news reporter for the Associated Press. All my life, I dreamed of living in Manhattan, of all the restaurants, cocktail bars, and museums I’d get to visit. But after my diagnosis, it felt like I was spending more time in doctors’ offices than I was out enjoying the city. I felt grateful that doctors had caught my illness early after an initial symptom of optic neuritis and that I was in a city with incredible medical care, but I had no idea how I was going to incorporate multiple sclerosis into my life as a young, single woman who outwardly showed no signs of disability. It was also possible that my illness would worsen. There was no way to know.

It seemed that everyone I knew had started pairing off. I was in so many weddings in my 20s that I had to start selling off my bridesmaid dresses on eBay because I didn’t have any room for them in my small closet. My best friend got married around the time I was diagnosed, and it felt hard to celebrate with other young couples, not knowing what my future held. Would I ever find someone to marry me, despite my illness?

Dating itself was tough enough. On one date, a man made fun of my name. On another, a man made fun of my father’s occupation. Having to add multiple sclerosis into the mix felt like a strike against me, which was why I never told men about my illness when I went on dates. Privately, though, it was hard to deny my illness when I had to plan my days around my injections. I couldn’t go out for happy hour and drink at bars and irresponsibly tumble into a cab with a cute boy when I had to go home and give myself an injection. I didn’t know any other young women who were in the same situation that I was. Most of the support groups I attended were filled with older people who already had families of their own and built-in caregivers.

Eventually, I met someone special (on a dance floor, of all places), and I confided in my best friend how scared I was to tell him about my illness. I was in love with him, and I wasn’t sure how I’d be able to handle the rejection if he decided that my MS was a deal-breaker.

“If he doesn’t want to be with you, then he doesn’t deserve you,” she said.

She was right. I never thought about it that way. I wanted to be with someone who knew and accepted the real me, not the version that I was painting of myself on dates. And if he walked away, then so be it. I’d rather learn someone’s character sooner than later. If he had a problem with my illness, then he absolutely was not the right person for me.

I revealed my diagnosis to him one night when we were out to dinner. I squinted across the table, studying his face for any sign of judgment, waiting for the gasp of surprise that I was so used to from other people. As a journalist, I covered the news for a living, but this was the first time that I couldn’t control the story I was trying to tell.

His curiosity and calm response put me at ease, and bit by bit, I showed him what it was like to live with multiple sclerosis. He helped me with my injections and accompanied me to infusion appointments. His openness to my situation made me feel more willing to open up and share my story with other men who I have dated since then. The good news is that the more times you tell someone your story, the easier it gets.

This year, I turned 40 years old, and sometimes I can’t believe that I’ve been living with multiple sclerosis for as long as I have. For the most part, my illness hovers in the background, thanks to the wonderful care I have received from my neurologist, Dr. Stark and Dr. Bates, my naturopathic physician.

What I wish someone had told me 14 years ago when I was single and in my 20s, was that I am lovable—illness and all. I think many people, myself included, tend to think of multiple sclerosis primarily in terms of physical disability, but there is an emotional component to the disease as well. Not everyone has multiple sclerosis, but in matters of the heart, we all have to make ourselves vulnerable sometimes. It hasn’t been easy having MS, but I see now that my illness has taught me how to let down my guard and show people who I really am. And for that, I will always be grateful.