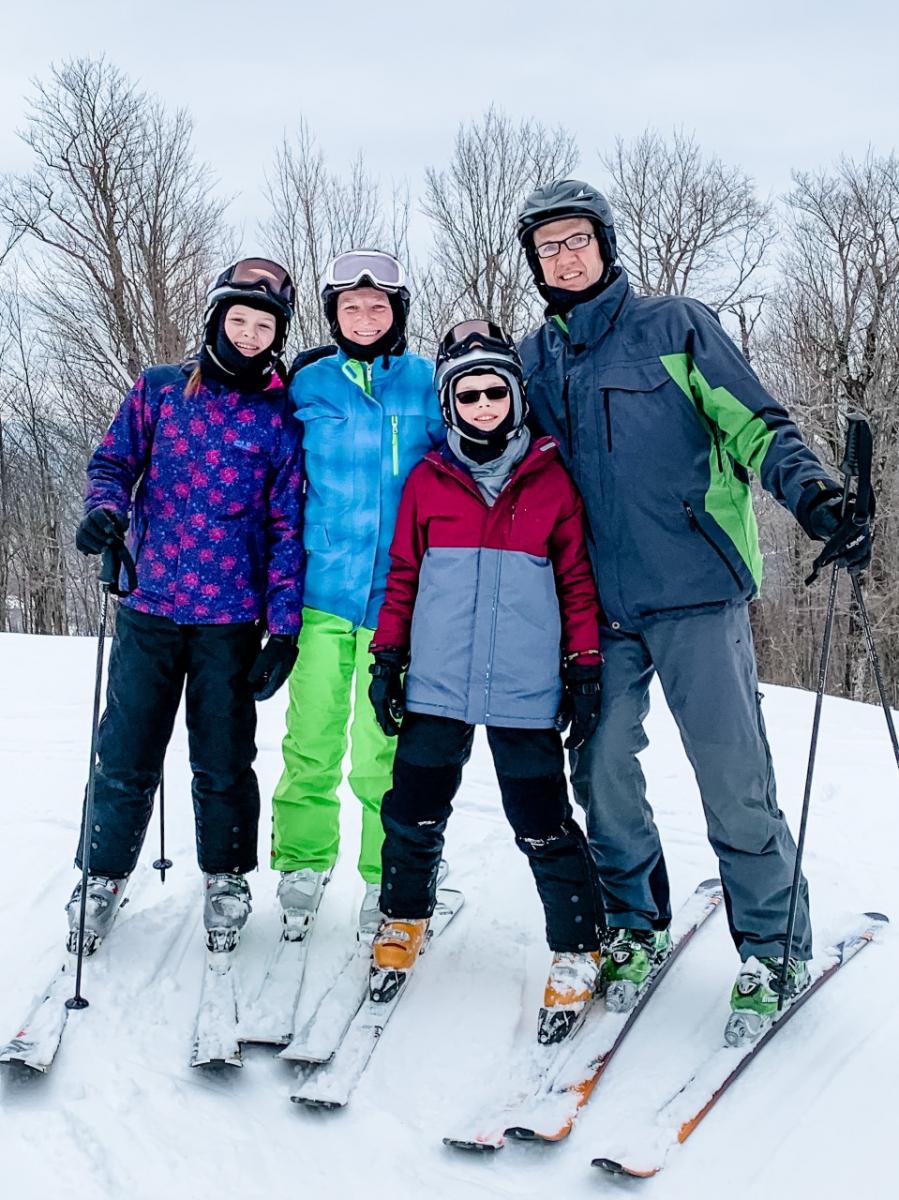 My story begins in October 2002, just three months after I got married. I went to see my family doctor for an annual physical. He noticed the front of my shoes were scuffed and sent me for a leg EMG and a brain MRI. The MRI had shown abnormal white matter. At that point, I had no idea what that meant. He told me it looked like multiple sclerosis. I clearly remember telling him to pick something else, something I had to fight with everything I had for five or ten years but then I would be cured. This was not the case. I honestly thought this was the beginning of the end of my life as I knew it. I was sent to a neurologist to confirm a diagnosis. Since I was symptom-free and a spinal tap came back clean I wasn’t able to be officially diagnosed. In September 2005, I had a career change, where I became a high school mathematics teacher. That October, I woke up one day and had trouble focusing with my left eye. Later that day I saw my neurologist who confirmed I was experiencing optic neuritis. With this episode, I received my official diagnosis of multiple sclerosis, three years after the journey began.

After spending ten years with my neurologist on Long Island and a lot of convincing from my family doctor I made the switch to the IMSMP. The clincher to make me take the leap and travel to NYC for appointments was their out of the box thinking. It was one of the best decisions I have made.

When I met with Dr. Armistead Williams, I was super nervous. Having a new doctor and telling your story again is not easy. I often try to ignore the fact that I do have MS. Even on those days where I might be a bit more tired or my body feels a little off and tingly (we call them small hiccups in my household), I would want to ignore it and just power through the day. When faced with your doctors I learned not to sugarcoat anything and be as honest as I could. This led to my meeting with Dr. Deneb Bates. She is AMAZING. The way she speaks to her patients on a human level, not just as a diagnosis, is untouchable. She has and still is working with me to make my body and mind to work to the absolute best they can. She has definitely pushed me to step out of my comfort zone and take more chances in life. It was Dr. Bates who introduced me to Yadira LaMazza, the Director of Social Work at the IMSMP. She is such an asset to the IMSMP. I was invited to join a support group of wonderful women. It really does help knowing I am not alone in this journey.

Being a mom to active 11-year old twins, a wife to a New York City firefighter, and a full-time teacher does take up a lot of time and energy. For a long time, I felt like this, and being a person with multiple sclerosis, was my only identity. Working with Dr. Williams, Dr. Bates and Yadira has really opened my eyes to what I CAN do. Since my diagnosis, I have run in three half-marathons, one of them in Sydney Australia. I also run the Tunnel-to-Towers 5K, through the Brooklyn Battery Tunnel to One World Trade, almost every year. I have participated in over a dozen mud/obstacle runs over the years. Most recently I was introduced to rock climbing. Whether it be bouldering (no harness) or top roping (harnessed), I constantly have to use my brain to figure out my best way to the top. It often becomes a game of trust with my body and what I believe it has the ability to do. The best way to think of it is as an interactive 3D puzzle with your body.

If someone had told me 15 years ago that I would be running and hanging off walls 40-50 feet high I would have laughed at them. It is with the support of all the staff at the IMSMP, Team Tisch MS, and my family, that I will be able to achieve one of my life long goals this November. I will be running the streets of the five boroughs in the NYC Marathon. It has taken a long time for me to believe that MS is just a part of me, but it doesn’t define me.